I’m actually sitting in one place long enough to write another blog post so soon after my last one. Train journeys on prescription. Dose: no less than 2hrs. Side effects: none unless you have restless legs! I might just survive this journey.

Actually between the fidgeting, view checking, txt’ing and munching I’ve been catching up on some of the blogs written about last weeks See Me re-launch. As a See Me media volunteer and speaker it was an event I had considered attending. I was certainly asked, but the first barrier to me attending was the location. Second, the fact it was nearly two whole days which would have required an overnight stay. I don’t feel I need to explain in-depth why these were issues for me and it wasn’t particularly a big deal not being there. After all, the event was well attended with like-minded people.

What did surprise me was some of the feedback. I can only comment on some of the factual issues, but the first one was attendees being offered support and help should the require it. What on earth was that about? Second, the theme of recovery seemed to engage only those who ‘have recovered’. Like many people have said in recent years, the word ‘recovery’ sounded like it was going to be something different, something new, something imaginative. I embraced it myself and then slowly the puzzle started to disintegrate. The more I thought about it and the more my physical condition affected how I feel, the more it didn’t make sense.

Recovery has been taken out of its box and used for the aims and purposes where it can be taken advantage of. Where it can be manipulated by the very people who 1. It doesn’t apply to and 2. Who think they know better.

Every one of us has the right to define ourselves how we see fit. If some people choose to use the word recovery then that’s fine, but YOU can’t apply it to others. Individuals have to apply it to themselves. If they then don’t use the word recovery for themselves and choose to describe it in a different way what right do we have to say otherwise. We shouldn’t be talking about a recovery movement, or choosing to engage only those in recovery. Are we not putting people in boxes, just like psychiatric labels do?

Mental health conditions are the most complex issues that we have to try and cope with and we need to start thinking differently about this whole area. I don’t know what the answers are, maybe we’re trying too hard. Every time we come up with something new we seem to create more problems.

When I tell my story now as I have done for many years I don’t use the word recovery anymore. I just tell it how it is. I’m hugely better than I was during all those years where I just didn’t function, but I’m not in-recovery or recovered. I’m just ME.

Quite a day for Breathing Space.   I remember quite clearly when it was launched in 2004.  It had a very clear remit; one that would provide men aged between 16 and 40 with a service they could call in times of need.  Suicide rates for young men at the time were very high, they still are, but now spread over a wider age group of men.

I do remember wondering what would happen if 1. Females phoned and 2. If men called who were not in that age bracket.  The latter is harder to ascertain over the phone than the former of course!  Calls if the first year of Breathing Space reached 15,693 and nearly doubled in 2005.  Now they are at their second highest level since the service began; 75,410.   There is clearly a need and it didn’t stay limited to men aged between 16 and 40 for long.   The free service is also open to anyone living with a mental health problem or someone who is experiencing emotional distress such as low mood, anxiety or depression.  It’s open in the evenings from 6pm – 2am and all weekend, when most people find that their mental wellbeing takes a nosedive.  I have received calls to my work (Action on Depression) with some concerns about the service time, but given budgets and quality of service it really is best to have it open when it’s going to be most needed.  I’m pretty sure it evaluates that these are indeed the best times to be open.

It’s not everyone’s cup of tea.  I’ve spoken to people who have used it and gained nothing from it, to those who haven’t used it and wouldn’t use it, to those who don’t like calling helplines, to those who don’t like Breathing Space or the Samaritans.  We can’t be so narrow-minded to think that this is the complete solution, because it isn’t.  It’s about giving people choice.  Enough of a mix of services that are fund-able and used, online, offline, small, medium, large, accessible, unusual, creative and even different..

I have worked with the Breathing Space and Samaritans as part of my role at Action on Depression.  They do great work and we complement the work they do by doing what we can to support those experiencing depression, anxiety, stress, low-mood and their family and carers.  Our focus is more early intervention and trying to reach people before they get to the point where they require the services of Breathing Space, Samaritans or another crisis service.

But if there’s one thing I’ve learned in all my time working in mental health, it’s that services come and go.  They unfortunately go because of funding issues, but they are created too with new funding streams.  Just the other day I heard about a new service in Lanarkshire called Hope Cafe.  They officially launch on the 26th February 2014 as a pilot project.  Here’s a little taster about what they’re going to be doing when they open.

From Wed 26th of February 2014 you will find us in Greyfriars Church Hall from 10am-2pm.  We will operate on a Wednesday each week.  On the day of the café there will be lots of self help information resources available and individuals using the café facilities will have the option of participating in various well-being groups such as arts & crafts/jewellery making/knit and natter .  We will also be offering various activities such as Mindfullness, Relaxation Techniques, Laughter Yoga and much more.  Pop in to the cafe to see what’s on the menu.

If you’re in the area, why don’t you give them your support.   You can also visit them on Facebook and Twitter.

I wish them all the best on the day and I hope they go from strength to strength.

Wishing everyone a very Merry Christmas & a Happy New Year. I always have a quiet time with my hubby and budgie, feet up, watching TV, munching and chlling. We buy things for each other all year round, so presents are not important to us, it’s more about having some time off.

This is my 5th Christmas with fibro/chronic pain. My main job involves mental health, as does my own work that I have done completely for free online since 1998 having had many years of mental health difficulties inc. hospital admissions (including A&E), carers, support staff etc.

Ironically if I had developed fibro in the midst of my mental health difficulties I think I would have crumbled. I had been in recovery for the longest period of time when pain materialised in one area of my body (my hand). What I realise now is that any episode of depression, anxiety, psychosis etc. fluctuated considerably. There were also periods of calm, wellness and contentment. It turns out fibro is the complete opposite, it’s relentless, day in day out, night after night. It truly is a 356, 24/7 pain in the butt and I sit here now with a thumping headache eased slightly with some ice. But, I’m home. I’m enjoying the time off and I’m glad that despite the frustrations I’d built up an element of resilience and mental strength before fibro hit.

I don’t want to think ahead in to 2013 too much, but focus day to day as the best way of getting through this. I’m a great fan of Mindfulness (the here and now) and I’m reading “The Mindfulness Solution to Pain: Step-by-step Techniques for Chronic Pain Management” by Jackie Gardner-Nix and listening to Meditation for Pain Relief: Guided Pratices for Reclaiming Your Body and Your Life by Jon Kabat-Zinn (Author, Narrator who is the man who brought mindfulness into mainstream medicine) . 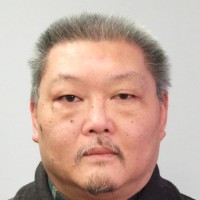 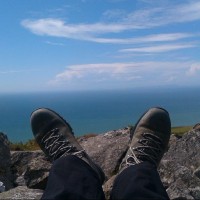